A green shift
to carbon neutrality

The growth of world ferrous metal production has been decelerating for several years due to declining demand caused by many factors, such as the decline in Chinese consumption and world exports and the rise of protectionism.

International ferrous metal production is also hindered by the decline in aluminum and steel prices. This is boosting new smelters’ production of non-ferrous metals, such as copper or zinc. In addition, steel production is above capacity, unlike aluminum production, which is often under capacity. Production is hampered despite market drivers such as the emergence of new middle classes in developing countries that are supporting global demand. In particular, these are generating an increase in the production of household, automotive and urbanization equipment, which in turn drives the production of ferrous metals. In Europe, growth in the heavy industry sector is stagnating.

The emergence of green regulations for this energy-intensive sector will have a significant impact on global steel and aluminum production. The production activity of basic metals represents only 0.38% of the French GDP in 2018 and is expected to fall to 0.36% by 2023. 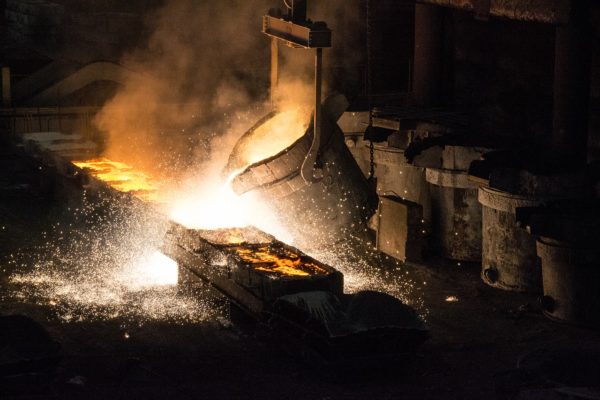 How to meet the challenges of the industry

For manufacturers in the sector, it is important to focus on innovation strategies. This trend, illustrated in particular by the emergence of Industry 4.0, represents a new way of organizing the means of production. The goal is to set up smart plants capable of greater production adaptability and more efficient allocation of resources (ultra-automated and robotized industrial model) using new technologies: 3D printing, augmented reality, digital simulation, etc. These changes require a redefined industrial strategy.

How can we help?

Zalis can manage several types of assignments for its clients in this field, with a focus on:

Crisis management in a group with three plants, two in France and one in Spain, specializing in the design and manufacture of high-tech components in light alloy (aluminum) for the automotive industry. The mandate had two parts, despite the initial reluctance of the stakeholders: (i) the development of an industrial project to ensure the long-term maintenance of all the industrial sites and the preservation of jobs, and (ii) the provision of a CRO and a CFO, as well as the assumption of other operational functions within the group’s entities. The three plants were sold under an asset sale agreement to a Chinese industrial investor.

After the company’s assets and activities were taken over in collective proceedings by a consortium of investors, Zalis sent a CRO to this supplier of long steel products for the automotive industry. The CRO set up a new organization: corporate governance structure, group financing, organization and transformation program, etc. He also supervised the closing of the transaction. Zalis then ensured a transfer of responsibility for the company’s projects to the appropriate project promoters on the internal management team.

After a flash diagnosis, Zalis provided a CRO who was put in charge of monitoring and coordinating the sales negotiations of a business specialized in manufacturing machines for the metallurgy sector.