Senior Advisor at Zalis, President of Paris Commercial Court from 2016 to 2019

After decades of experience of General Management in both public and private sectors in Maghreb and Asia, particularly in large banking groups such as HSBC, Jean Messinesi, President of Paris Commercial Court (2016-2019) and arbitrator accredited by the CMAP, joins Zalis as a Senior Consultant.

Jean Messinesi started his career in International Monetary Fund (IMF) in Washington as an economist. Coming back to France in 1976, he became Director of the economic department at ICC (International Chamber of Commerce) and joined Union of Arab and French Banks (UBAF), where he was responsible for Asia and Latin America.

He later became Deputy General Manager of Fuji Bank in Paris. From 1986 and for fourteen years, he led Arab Banking Corporation (ABC) and created the French branch, which became the first foreign bank in France in international commodity finance.

He then became head of the international department of Bank Hervet from 2000 to 2002. HSBC group, which includes all the banks of the former Credit Commercial Group of France (CCF) including Bank Hervet, then entrusted to him the responsibility in Maghreb. In fulfilling its responsibilities, he obtained a banking license in Algeria, a country in which the group quickly became a major foreign bank.

Judge at the Paris Commercial Court since 2006, Jean Messinesi practiced in general litigation between 2006 and 2009, then for two years in French restructuring procedures, especially “sauvegarde” since 2013. Meanwhile, he founded Messinesi & Associés SARL in 2011 and became a consultant mainly in the field of investment in Maghreb and Levant countries.

President of the Commercial Court of Paris from 2016 to 2019, Jean Messinesi devoted a significant part of his presidency to the restructuring of public and private companies, such as companies affected by the crisis affecting newspapers and magazines or those collateral victims of the fall in energy price and the development of online commerce. He also participated in the promotion of the Chamber of the international tribunal and in the launching of the international chamber of the Court of Appeal in Paris.

Jean Messinesi joined Zalis in 2019 as a Senior Advisor.

Member of the Supervisory Board of Adige S.A. (Management Consultant) since 1990, Mr. Messinesi has been a Director on the board of the International Arab Bank of Tunisia (BIAT) since 2008. From 2008 to 2017, he was a member of qualified personality of the Foreign Affairs Council, Council attached to the Minister of Foreign Affairs.

Mr. Messinesi graduated from Sorbonne in literature; he obtained a BA in law from the law faculty of Panthéon Assas (Paris) and is a laureate of the same faculty. He also graduated from Sciences Po Paris in Public Administration. Mr. Messinesi is an accredited  arbitrator with the CMAP (Center for Mediation and Arbitration of Paris) and a member of the panel of experts of Prime Finance (The Hague) 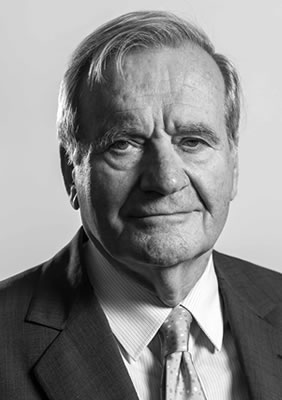