Jean-Bernard Masselin joined Zalis in February 2015. He takes part in consulting missions and in the promotion of operational and financial solutions, especially those dedicated to companies facing difficult and complex situations.

Prior to joining Zalis he had a long career in banking, mostly at LCL /CREDIT LYONNAIS, ending up as Managing Director at BANQUE THEMIS and then Head of Special Situations at LCL.

He began his career in 1973 and held different positions as commercial advisor within the private and professional accounts network of the bank, before becoming an authorized signatory (“Fondé de pouvoirs”) within its business accounts network in 1987. He then became manager of the Brest Business Center in 1990 and of the Le Havre Business Center in 1992.  He joined the Internal Audit department in Paris in 1999, where he managed many different assignments.

In 2002, he was nominated Managing Director at BANQUE THEMIS in Paris, a bank specialized in helping and financing companies involved in bankruptcy or voluntary preventive proceedings.

He became Head of Special Situations at LCL in 2005, a position which he occupied until December 2014. 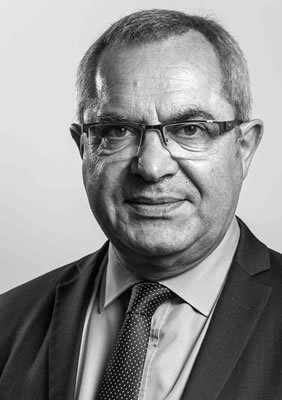