Harry has more than 20 years of international experience working with the world’s leading financial institutions, such as Credit Suisse, BBVA, Vega, Bankers Trust , CIC, and BNP in Paris, London, Madrid, and NY.

For the past five years, Harry has headed up the Zalis office in New York where he has developed its activity, notably through a strategic partnership with GlassRatner, a well-recognized US restructuring firm and investment bank.

He has overseen the renegotiation of interest rates hedges for a group of French private hospitals.

He is also in charge of M&A assignments and he has recently supported a high-growth technology company in its capital raising. Also, Harry was project manager for Zalis in the origination and support of the acquisition of a major tier 1 company in the aerospace sector by two large private equity firms (through a debt for equity swap).

Harry started his career in 1989 at BNP as an arbitrager. In 1994, he moved to proprietary trading with CIC and Bankers Trust in NY. He relocated in 1997 to Madrid, where he spent 6 years with BBVA as a proprietary trader, eventually heading the Proprietary Trading Department. He was then appointed Head of Emerging Markets and he managed the LatAm business in distressed times, a complex credit portfolio through a default (Argentina, 2001) and a confidence crisis (Brazil, 2002).

In 2003, Harry joined Vega AM, where he launched his own hedge fund using BBVA’s capital. In 2006, Harry was hired as a senior proprietary trader for Credit Suisse, in NY, with a Global Macro relative value strategy.

Harry holds a Magistère in Economics and Statistics and a DEA in Mathematical Economics and Econometrics from the Toulouse School of Economics (1989). He is also a Board member and Treasurer of an international Non-Profit Organization.

Harry, a Spanish national, is fluent in French, Spanish and English. 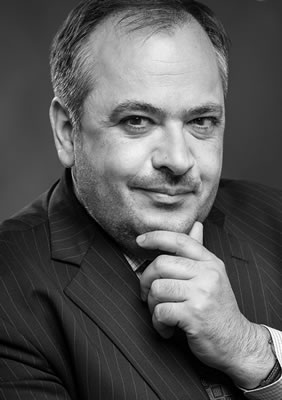