Daniel Cohen has more than 25 years of experience in business management. After forming Zalis in late 2001 and overseeing some one hundred assignments, he has acquired a strong reputation for turning around problem companies by using his expertise in technical and financial risk management.

Recent projects under his management include the operational management of a financially troubled tourism and recreation group, where he was appointed chairman of the management board; the financial restructuring of a large casino company where he became a member of the supervisory board; the financial and operational restructuring of a leading French home builder; the handling of a conflict among shareholders in a large hotel group; the development of a software company; the strategic overhaul and support of an international video game company at risk of insolvency; the restructuring of the subsidiary of a large international industrial company; the development and implementation of a management system in an Eastern European automobile assembly plant; the restructuring of a troubled medical clinic.

Daniel Cohen has previously managed several mid-size and large technology firms. He has started many companies and subsidiaries and handled their development, mergers and acquisitions and structuring in anticipation of IPOs, in sectors such as video games, multimedia, computer software, information technology, media, audiovisual and telecommunications.

He has been given full authority by those companies to manage entities with workforces ranging from a few dozen to several thousand.

Daniel Cohen is the holder of advanced degrees in electronics, automatics and robotics. He is the author of books and articles on technology and management, including “Comment sauver l’Entreprise” (“How to Rescue the Enterprise”) published in December 2014.  He has been lecturing at universities in Bordeaux and Paris (on finance, risk management and project management) and more recently at the Paris Political Science Institute.

Member of ARE, member of ACIFTE,
Member of the Partouche Group supervisory board 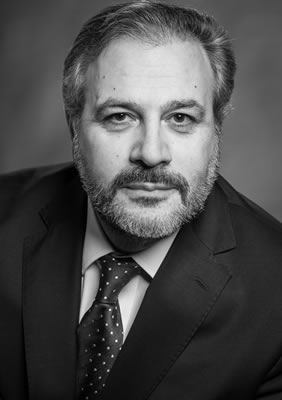